The KCGM Community Reference Group (CRG) is comprised and chaired by members of the local community.

KCGM established the group in 1999 in order to have an open forum with the community about operational issues and to seek feedback from the community.

The group meets monthly to discuss KCGM’s present operations and future developments, and the potential impacts these may have on the Kalgoorlie-Boulder community.

We welcome expressions of interest from community members who would like to join the CRG. Download the Application Form or general enquires can be posted to the below address or emailed to: externalrelations@kalgold.com.au

Residents of the Kalgoorlie-Boulder community are encouraged to contact any of the CRG members for information about KCGM operations, or to express their views, opinions or concerns. 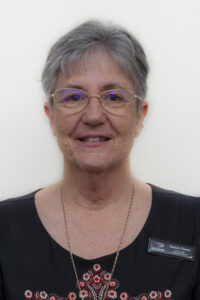 Originally from Victoria, Susan has been a Kalgoorlie-Boulder resident since arriving on New Year’s day 2001. Although intending to work in the Goldfields temporarily, Susan enjoyed the relaxed lifestyle and the sense of community within the region and has settled here.

With a passion for supporting and helping local communities in making positive lifestyle choices, Susan is a regular volunteer with many local agencies, has participated on many local and state-wide organisational Boards of Management, and currently works as the Alcohol & Other Drug Prevention Officer at Hope Community Services, Goldfields Community Alcohol & Drug Service.

In her spare time Susan enjoys spending time with her two dogs, dining out, travelling, socialising with friends, collecting antiques and driving her 1967 HR Holden.

Susan became a member of the CRG in 2012 with the hope of being both an advocate for KCGM and a voice for the community. Susan enjoys being better informed about the impact and value of KCGM’s operations and sharing this knowledge with the Goldfields community. 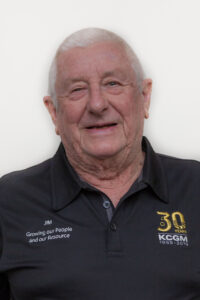 Jim has lived in Kalgoorlie-Boulder with his wife Helga for over 50 years, raising their two sons who both now work in the mining industry. He enjoys fishing, scuba-diving and doing home renovations, and enjoys the convenience and quiet lifestyle the City has to offer.

A building contractor by trade, Jim is currently works for Houspect WA. Over the course of his career, Jim has won 14 building excellence awards. He is currently President of the Hannans Goldfields Lions Club.

As somebody who has never worked in the mining industry, Jim feels that he is a good representative of the community and that he can help KCGM to keep improving their relationship with the Goldfields region.

He became a CRG member in 2010 to improve communication between KCGM and the Williamstown community and has since gained a new perspective on the mining industry. 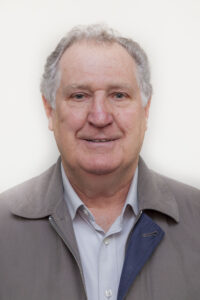 Peter first came to Kalgoorlie-Boulder in 1964 from Gwalia where he commenced working at the Great Boulder mill before moving across underground at the Reward Shaft. He continued working in the mining industry and retired as a Mines Inspector.

His family has a long association with the Goldfields; his grandparents arriving in 1892 and his father was born in Kanowna in 1905.

He is an active member of the Goldfields Vintage and Veteran Car Club and the Kalgoorlie-Boulder Racing Club which he has been involved in local horse racing for the past 8 years as a part race horse owner.

Peter enjoys Kalgoorlie-Boulder for its down to earth feel, the welcoming community and the amazing Australian outback bush surrounds. In his spare time he works on his vintage car, fossicking and prospecting in the surrounds of Kalgoorlie-Boulder.

Peter became a CRG member as he wanted to be a part of a group that harnesses local opportunities and contribute where possible back to the local community. 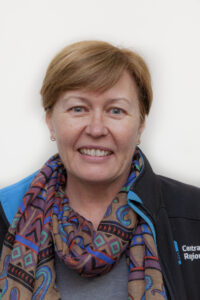 Tracy is a long-term Goldfields resident who understands local, state and federal politics. Tracy, her husband and four children all live, work and have chosen to stay in the Goldfields. She has been involved in the banking, real estate and now education sectors within the Goldfields. 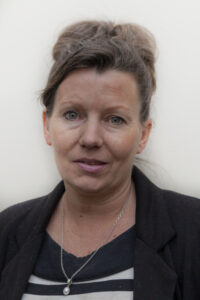 Sarah-Jayne has a strong passion for culture and the arts, spending 10 years as an active committee member of the Goldfields Repertory Club and involvement with Triple M’s ‘Give Me 5 For Kids’ fundraising events. She’s also spent 13 years in marketing, working closely with Kalgoorlie-Boulder businesses across all industries.

As a resident of Kalgoorlie-Boulder, the community issues most important to Sarah-Jayne include providing opportunities for residents and families, with more access to activities, events and socialising.

As a CRG member, Sarah-Jayne is most looking forward to being involved in conversations on the possible impacts of KCGM’s operations on the community currently and in the future. She would also like to discuss opportunities KCGM could align to further the community even more. 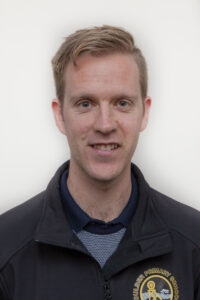 As a CRG member, Ashley is passionate about education in Kalgoorlie-Boulder and can provide a perspective from a young family’s point of view. 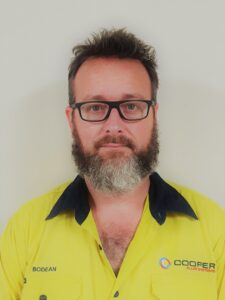 Bodean is heavily involved in the local community, serving as Board Chair of South Kalgoorlie Primary School, Vice Chair of the Golden Mile Loopline Railway Society, Vice President (Juniors) of the Goldfields Soccer Association and President of a local Soccer Club since 2009.

As a resident of Kalgoorlie-Boulder, the community issues most important to Bodean include improving the overall interpretation of the goldfields and surrounding region and making Kalgoorlie-Boulder a more family-oriented place.

As a CRG member, Bodean is most looking forward to interacting with the community, interpreting feedback and creating a better community link between KCGM and the residents of Kalgoorlie-Boulder.