One of the most popular attractions in the Goldfields, the Super Pit Lookout draws thousands of locals and tourists each year. The opportunity to view a working mine site in action and the chance of watching a blast keep the Lookout firmly on the local must do list.

The first Super Pit Lookout was a fenced area with a small viewing platform constructed 100m south of the original Hainault Tourist Mine, near the Boulder Block. Over the years the Lookout has been moved to accommodate the changing pit and is now at the top of Outram Street in Boulder (off the Goldfields Highway, 6.4km south of Hannan Street).

The Super Pit Lookout is open 7am to 7pm daily. 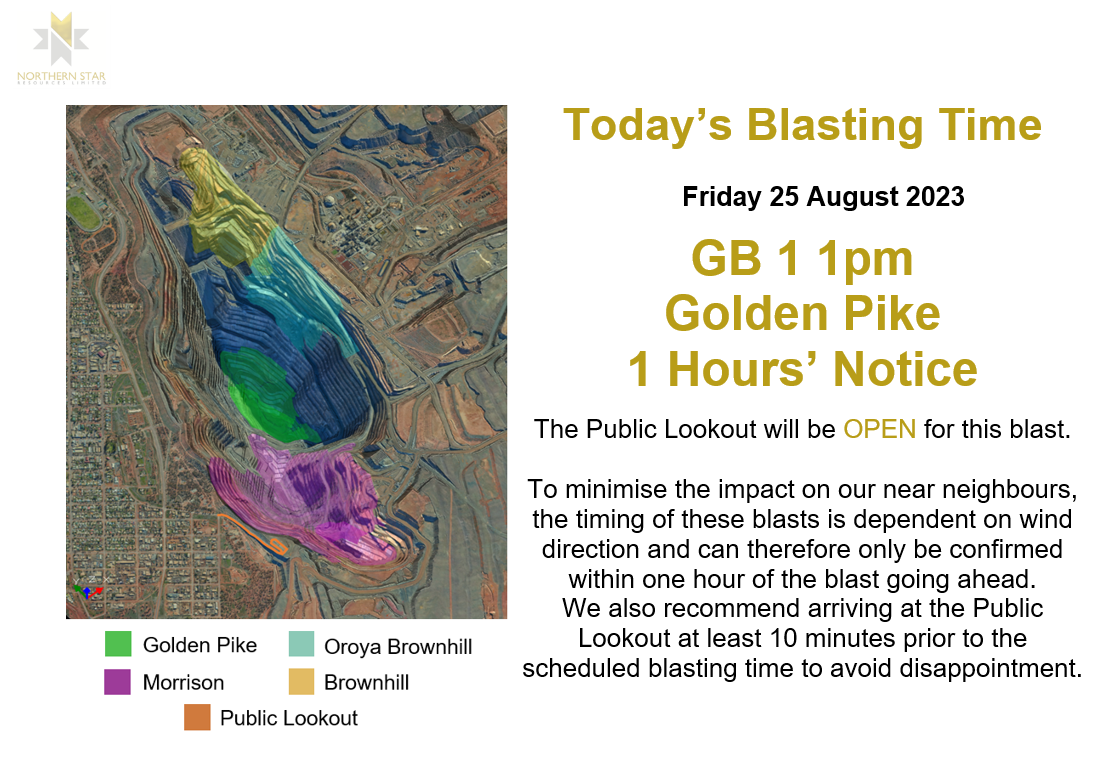 After visiting the working mine, a visit to Hannans North Tourist Mine completes the experience with blast footage, a decommissioned truck and a scale model of the Fimiston Open Pit.

The rejuvenated Hannans North tourist attraction (formerly known as the Mining Hall of Fame) provides a great day out for locals, families, school groups, and visitors to Kalgoorlie-Boulder.

KCGM, as major sponsor, took on the role of caretaker of Hannans North Tourist Mine in 2012 after the Mining Hall of Fame closed. Since then, the team at Hannans North has been reopening the site in stages. The current phase of renovations sees a series of exhibits being refurbished and reopened.

Further information and contact details for Hannans North Tourist Mine.